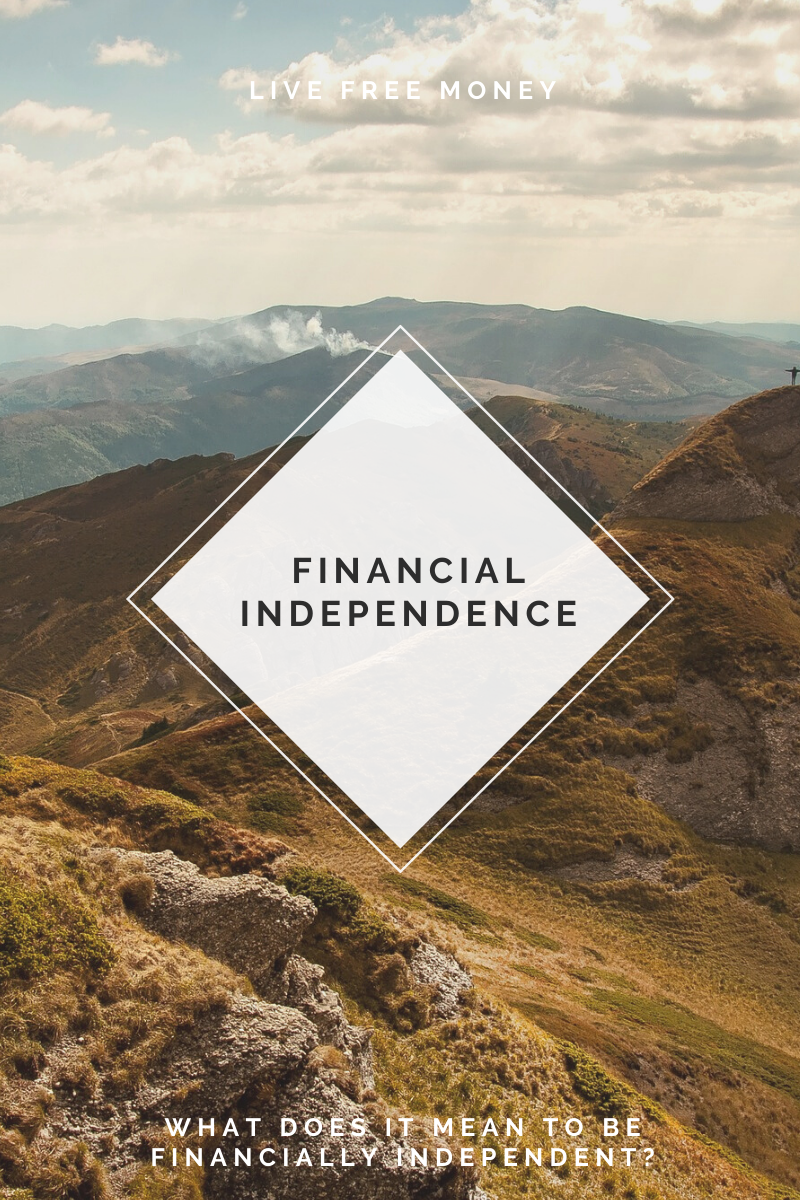 The F.I.R.E movement has taken the world by storm! But while the Retire Early part of FIRE is easy to understand, many people are left wondering: What does it mean to be financially independent?

Can Everyone Retire Early?

One of the issues I take with so many FIRE articles is they often sell the idea that retiring early can be achieved entirely through saving. The truth is if you want to retire early, you need to have a high income. One of my favorite things about the concept of financial independence is that it really can be achieved by anyone!

The average retirement age in the United States is 65 for men and 63 for women. If you’re trying to retire by 55 or below, you’ll need to be putting away a large percentage of your income during your prime working years (25-54). This early retirement is only possible if you are making enough money to put away 30%+ of your income every year. And that is only possible if you have a decently high income.

Financial independence, however, is much easier to achieve!

What is Financial Independence?

A lot of people hear the phrase “financially independent” and think of things like this Wikipedia definition.

Yesterday I saw a post on Reddit’s r/Fire about someone who has been aggressively saving for retirement for years but is still pretty far from his goal! His job has taken a turn for the worst, and he’s having a tough time motivating himself to keep going. He’s asking the community if it’s ok for him to leave this job, even though the loss of income will likely impact his current retirement date.

For me, this is the perfect example of financial independence. Let’s take his current retirement date out of the equation for a minute. He’s been saving for years and, in doing so, has an option on the table that most of us never get! The option to walk away from a bad work environment and take a bit of time to figure out what’s next. As I said, financial independence isn’t about being able to stop working forever; it’s about being able to stop working today if you need to.

One of the FIRE forums I frequent had a post last week from a woman who was recently let go. It was fascinating because she linked to another post of hers from 6 months ago where, like in the last example, she was really struggling to stay motivated at her job! Management had changed, and she was enjoying her work less and less. She posted to the forum looking for advice, and a lot of folks encouraged her to leave (since she had some degree of financial independence). In the end, she decided to tough it out, but 6 months later, she was let go.

For most of us, being fired from a job is among the worst things that could happen. Your life changes so suddenly. Depending on the job, you may get a few weeks or months of severance, but many jobs don’t even offer that. If you’re one of the 63% of Americans living paycheck to paycheck, this can be devastating. If, however, you’ve been able to put some money away — things can look a lot less bleak. If you’ve been able to pay off a lot of your debts and already have a 3-month emergency fund in cash, you can handle this situation with a lot less stress. Again, instead of focusing on the difficult goal of early retirement, we’re just focusing on setting ourselves up financially so we can withstand some of what life throws at us!

I often see posts on FIRE message boards from people who have finally hit their retirement number but are considering staying at their jobs. Is this crazy? It really isn’t. Financial independence comes with a mindset shift! I think there are a few things at play here.

This is a big part of the “independence” aspect of FIRE.

Financial independence is getting yourself to a point where you still need more money before you can retire. But you don’t need your current job to make rent this month.

How to achieve Financial Independence?

Financial Independence can come in many forms. Let’s break a few key milestones down.

I wrote a post a while ago about what to do with extra money if you’re lucky enough to have any. It covers a lot of these milestones and talks about the best order to achieve them in. Every step along the way is a milestone for being financially independent! Instead of worrying about your final step (reaching your retirement number) you should figure out where you are now and start making moves towards hitting your first goal. Each one can be such a relief!

Things to keep in mind

I know that was a lot! But I think there are really just a few important pieces to take away from this post!

Thank you for reading

This blog is brand new. Thank you so much for taking the time to read the article! If you enjoyed it, I’d appreciate giving it a share or leaving me a comment. Good luck on your journey to financial independence!