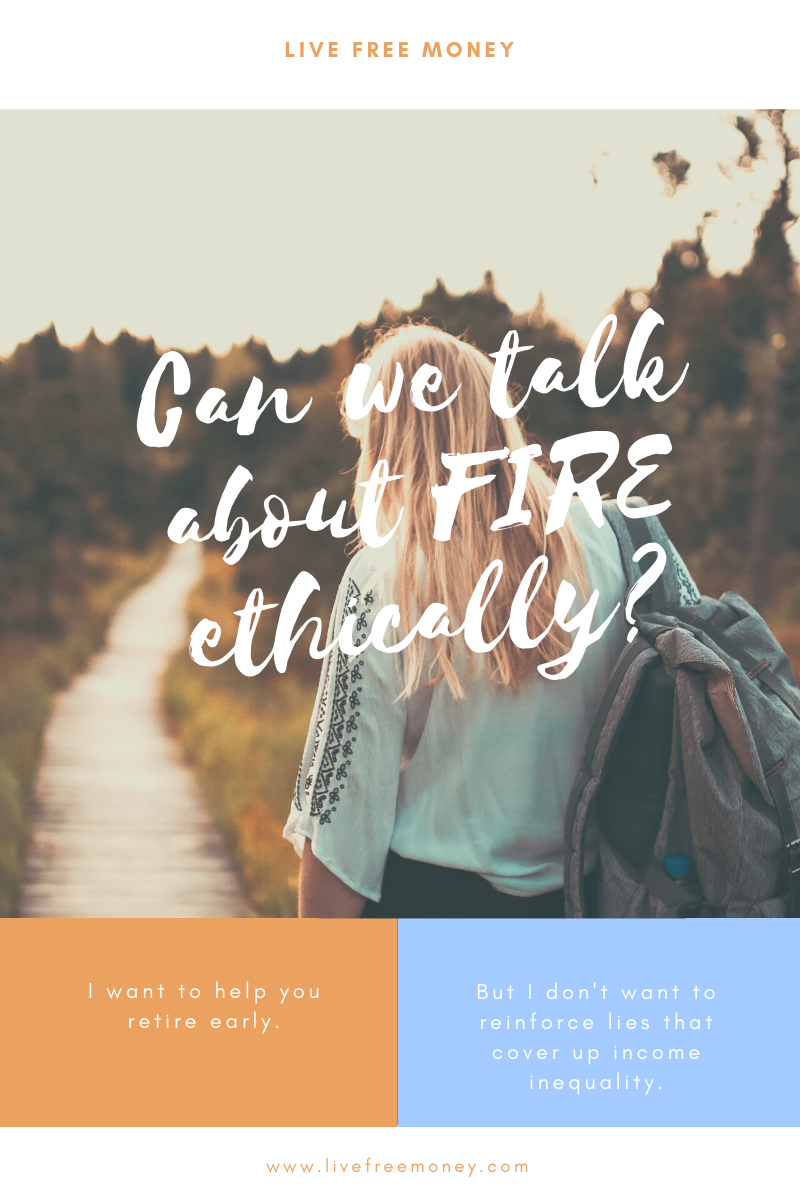 I spent a long time on Instagram and Twitter this morning setting up my new accounts. I created the account, added a profile pic, and then went looking for some other financial independence or early retirement accounts to follow.

I started reading the posts on the accounts I followed, and it made me upset, so I figured I’d write a post about it.

Everywhere I looked, there were posts like “Rich people sleep fewer than 8 hours a day” and “If you’re going broke, it’s your fault,” and all sorts of victim-blaming nonsense.

I want to talk about the possibilities of becoming wealthy and retiring early with you all. But before we do that, we need to speak honestly about our current situation.

Deep down, you know what the realities are. Most rich people were born rich. Maybe they became richer by themselves, but they almost all grew up with supportive parents, in safe communities, and lives their early lives with some form of safety net.

We know Donald Trump received over $400 million from his father, and Elon Musk’s parents were some of the wealthiest people in South Africa.

All of those facts and more can be found on the Oxfam website.

There are profound things about the FIRE movement! Books that will blow your hair back and small changes that can significantly impact your financial future! I’m doing a lot better financially now than before I started reading books like The Millionaire Next Door.

But before we get into those, we need to be a lot more honest with each other. I didn’t grow up with wealthy parents, but I grew up exceptionally well supported. I was able to take a few years to learn how to code because I had a safety net. I was never in danger of living on the streets. I didn’t have children to care for, and I lived in a good town with plenty of opportunities.

The tips discussed here can take you from a “B” to a “B+.” Maybe after a few years, even to an “A”! But let’s be honest that sleeping less or investing an extra $10 a month will not make me Jeff Bezos.

That said, there are things to be excited about! I went from working minimum wage jobs to being well on my way to FIRE. There are some real gems in this community, like:

I’m going to get back to writing more about those things, I just had to get some of this frustration off my chest!

Luck is what happens when preparation meets opportunity.